The Avenue Road Arts School has been inspiring creativity since 1993. The school has become a leader in arts education. Since its opening, ARAS has become a recognized and trusted school in providing high quality art classes. Whether in person or virtually, students know that they will receive the best in art training, with a warm and supportive approach. There is a large roster of classes for children and adults, novice to experienced and those looking to exercise their creativity. Programs are offered year-round (fall, winter, spring, summer) and we offer popular programs for March break, summer camps, parties and specialty school workshops.

All programs are taught by professional artist/educators, who have a passion for their art practice, as well as plenty of teaching experience. Small class sizes allow for plenty of individual attention.

25 Years of Excellence
in Arts Education

In 2018, we celebrated 25 years of excellence in arts education! To commemorate this milestone, we interviewed 25 of our former and current students, and heard about the ways in which our School impacted their lives and creative journeys. 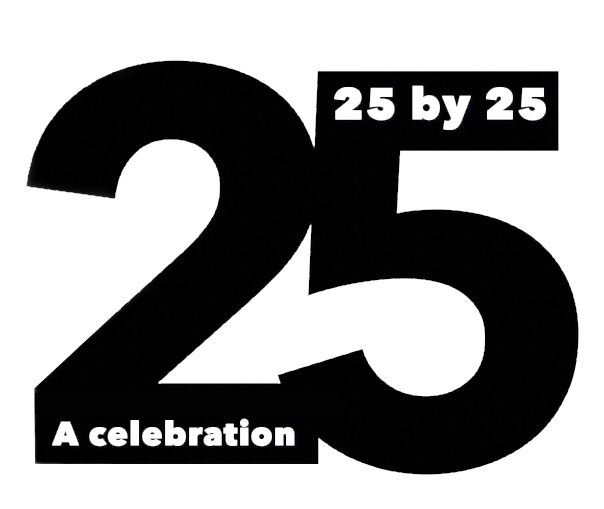 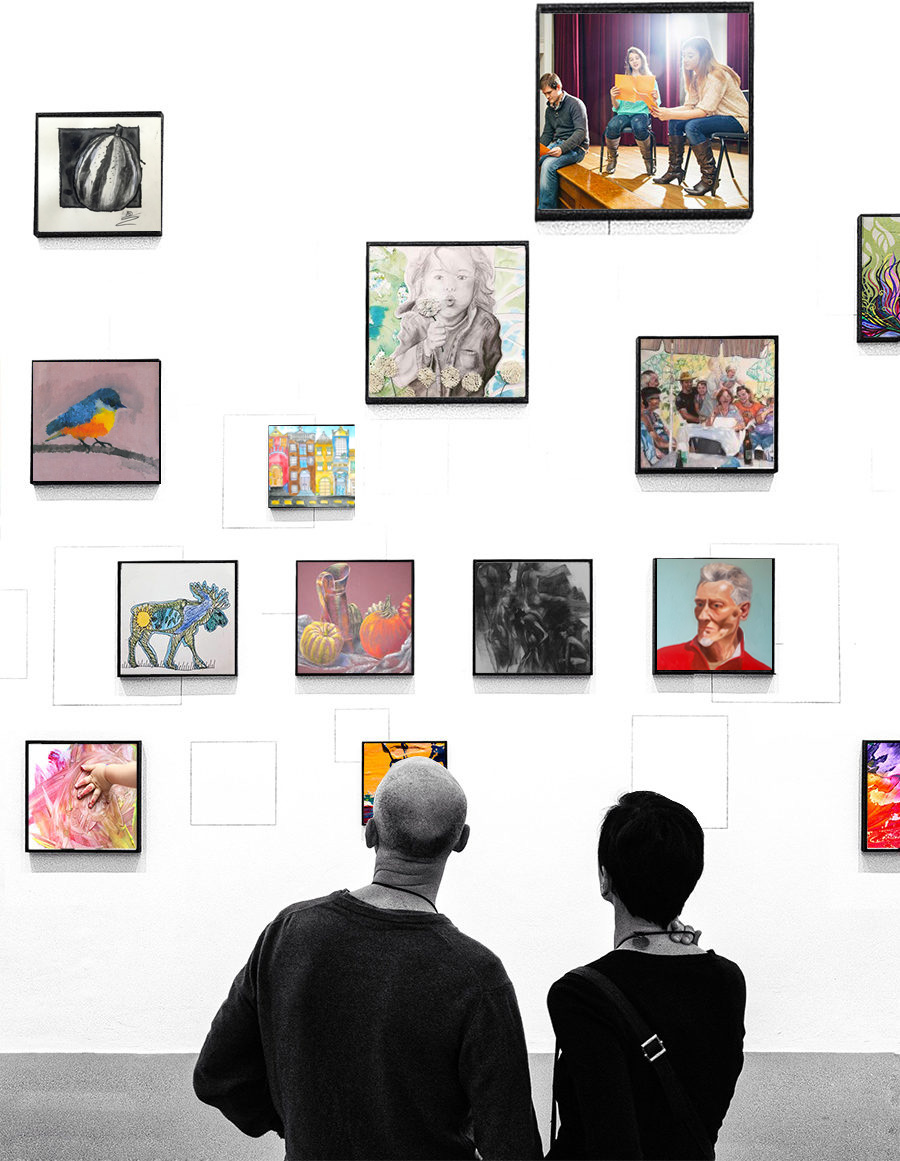 “My drawing class, for me, is what I imagine meditation is like for other people.

The class begins and your brain immediately takes you to another place, a zen-like space that’s deeply relaxing, removed from anywhere you’ve been before. What feels like moments later, the class is over and you return home in a new state of calm. It’s a feeling you want to hang onto. Magical.”

- Leslie M., Toronto, ON, Student in Drawing for the Terrified (Online Spring)

“The school is doing a great job - I am super impressed with how the class is run and the teaching. She is excellent with the children, explaining and illustrating different techniques or concepts, and always ensuring that everyone feels included with showing their artwork (even when they are deep in the process- too deep to chat). My daughter has been interested in all the chosen pieces you work on each week.

She not only enjoys [her class] but I see her learning.”

"What a quality class! - well structured, with substance, showing thoughtfulness & knowledge. [T]he teacher encourages, nudges us & gives warm, pertinent comments on each of our work. Fantastic! 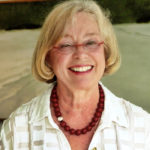 For more than 25 years, Lola Rasminsky has been breaking new ground in arts education for children. As founding director of the Fine Arts Kindergarten, the Avenue Road Arts School and Arts for Children of Toronto, she has pioneered training programs in visual art, dance, music and theatre that allow children to discover and develop their own creativity. She has also brought outreach programs to Toronto's underprivileged neighbourhoods, providing youth at risk with lessons from professionals, including African drummers and hip hop dancers. With passion and imagination, she has inspired thousands of children to grow by embracing artistic expression.

Lola has been awarded the RBC Canadian Woman Entrepreneur of the Year Award as well as the Order of Canada.

Liana Del Mastro is a director, actor, singer, producer, writer and educator from Toronto, Canada. She has been involved in theatre and arts education for almost 30 years, performing professionally in both theatrical and musical productions in Canada and Europe and teaching and directing for a number of organizations and schools. For the past 26 years Liana has been the Director of the Avenue Road Arts School and is the Co-Founder and Artistic Director of TDM Creative Group - the creative hub that manages The Institute For The Performing Arts and Cue the Lights Productions, which focuses on shining the spotlight on established and up-and-coming professional singers, actors and dancers in both original and popular shows. Liana is also proud to include the entertainment groups Vocalics Music Group and D & The Groove Factory under the TDM Creative Group umbrella.

Liana has produced, directed and written numerous plays and musicals. Select directorial credits include, Les Liaisons Dangereuses, A Midsummer Night’s Dream, The Tempest, Charlie & the Chocolate Factory, Cinderella, Alice in Wonderland, James & the Giant Peach, The Twits, Enchanting (an original musical, which she wrote the book for) and Mamma Mia. She has taught and directed for many arts organizations including the Avenue Road Arts School, Arts for Children & Youth of Toronto (VIBE Arts), Young People’s Theatre, The Drama Workshop and The Georgian Theatre Festival. Liana has directed children, teens and adults and has taught drama, movement, physical theatre, mask, musical theatre, voice for the actor, scene study and improvisation. As an educator with extensive knowledge of theatre pedagogy, she has also been involved in curriculum and program development. She has served on numerous boards for theatre companies and arts organizations including the Arts Access Fund – an organization committed to making the arts accessible to children, who could otherwise not participate because of financial constraints.

Liana has been fortunate to work with International and Canadian directors such as renowned director/actor Robert Lepage, German actor/director and Berliner Ensemble's Herbert Olschok, Factory Theatre founder/director Ken Gass, Canadian choreographer Denise Clarke, Commedia Dell’Arte and Mask Maker Paolo Consiglio and voice specialists David Smuckler and Michael Connolly. She has been on stage in numerous productions with theatre companies like Theatre Smith-Gilmour, One Yellow Rabbit and The Georgian Theatre Festival, where she played El Gallo in the well-known musical The Fantasticks. Liana also toured Europe in a production of The House of Bernarda Alba (Angustias), which received rave reviews and saw its closing performance in Milan’s famous theatre, Il Piccolo Teatro di Milano. Other select shows include Macbeth, Les Liaisons Dangereuse, The Scarlet Pimpernel, Touch, In The Wings Of Eden and The Witnesses.

Liana has worked with educational theatre companies touring Ontario with classical and contemporary shows like A Midsummer Night’s Dream (Hermia) and The Three Penny Opera (Polly Peachum). She holds an Honours B.A. from the University of Toronto with a Specialist in Drama and has also studied Speech & Drama at the Royal Conservatory of Music, as well as Classical Voice with Professor Jean MacPhail. Each summer, Liana participates in theatre education and directing workshops in New York City, led by established Broadway directors and artists. 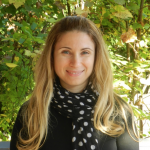 Kristina D’Angelo received an Honours B.A. and a Masters degree in Fine Art History from the University of Toronto. In 2009, she graduated with a Bachelor in Education from OISE at the University of Toronto. Kristina has worked at the Avenue Road Arts School for the past fifteen years in administration and as a teacher in both the preschool and after school programs. She is currently the School’s Associate Director & Art Curator. She has taught at The Abelard School and has participated in numerous special art events and workshops run through the Arts School.

Donna Chateau, our Business Manager, holds an honours B.A. from York University, Glendon College, in Multi-disciplinary Studies with an emphasis on The Arts in Society. Her business experience is extensive, as her bookkeeping/accounting career spans more than 30 years. The majority of those years were spent working contractually for a variety of small to mid-sized businesses, including retail, film, investment management, private holding companies, hospitality, and the not-for-profit sector. She has managed our finances for the past 15 years, lucky for us!

James is a recent graduate from the Rotman School of Management at the University of Toronto with a Bachelor of Commerce. He has a substantial history of working in creative and administrative roles at summer camps and other youth ministries. James joined our team in October 2018 and brought with him an injection of youthful vigour to the office. When he’s not at work, James plays bass guitar for the Hamilton-based band Sam Holladay and enjoys golf and tennis.

This Could Be YouInterested in working at ARAS?
See our current job postings