The Avenue Road Arts School gives aspiring artists and arts enthusiasts the opportunity to pursue a real passion, to ignite their creativity and to get lost in the intense focus of making art – all in a supportive and nurturing environment. Whether you are studying with us online or in person, the benefits of exploring your creativity will astound you.

What we offer Kids

Kids will develop artistic skills and explore their individuality, uniqueness and creative sensibility under the guidance of nurturing artist/educators. Whether the class is online or in person, ARAS programs are guided by the strong principle that everyone needs to develop their creative voice.

Several young students attending the children’s arts programs at the Avenue Road Arts School went on to study in their respective art fields at competitive and accomplished colleges and universities.
Learn More

What we offer Adults

A number of students have left their illustrious careers, either partially or fully, to devote themselves to creating art. Doctors, lawyers, speech pathologists, clinical psychologists, professors and many entrepreneurs are spending more and more of their time cultivating their artistic talents.
Learn More

The Avenue Road Arts School is home to a diverse student base. From preschoolers to tweens, from teens to adults, students – both beginners and advanced – attend the creative oasis and create under one roof.

Rachel works in London for I.G. Advisors, a leader in the world of philanthropy, with clients like The Bill & Melinda Gates Foundation, Robert F. Kennedy Human Rights, and Unicef.

After graduating from New York University's Tisch School of the Arts, Rachel was the creative producer of the hit show, pomme is french for apple, at The Public Theater in New York.

Rachel started taking programs at the Avenue Road Arts School when she was just 9 months old, attending a baby music class once a week. Rachel participated in the School’s Musical Theatre Company program and played the leading role in Thoroughly Modern Millie. Encouraged by her instructors to audition for the Tisch program, she faced fierce competition for the limited number of spots in the program, Rachel was accepted and landed the role Wendla in Tisch’s mainstage production of Spring Awakening.

Rachel speaks affectionately about her experience in the ARAS Musical Theatre Program. She credits the supportive environment that her instructors created in giving her the confidence to know that she could realize her dream of developing her skills as a ‘triple threat’ performer.

Kunli loved to draw as a young boy and started studying at the Avenue Road Arts School in 2001, almost never missing a class. He studied drawing and painting, cartooning and illustration at the School and when he turned 17 started taking adult figure drawing classes. He was recently admitted to the highly competitive Animation Program at Sheridan College. Kunli’s dream is to become a professional animator or commercial artist. 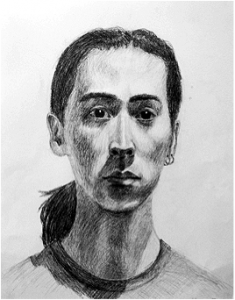 Graduated from the Fine Arts Program at York University

Stephanie studied at the Avenue Road Arts School for four years – taking many visual art classes including pottery, drawing and painting and life drawing. She later auditioned for the Arts School's Musical Theatre Company and her teacher still remembers the singing component of the audition and how the song brought up goose bumps to those on the panel.

Stephanie was accepted into the Fine Arts Program at York University and graduated with her BFA in 2012. She has gone out of her way to express her gratitude for her experiences at ARAS that gave her the confidence to pursue her passion. Stephanie currently designs children’s clothing and has launched her website – www.princesskayscouture.com

Luna came to the Arts School shortly after her family arrived in Canada from Bosnia in 1996. After taking several classes at the School, she went on to study Photography at Sheridan College. Luna now lives in Berlin where she works as a photographer for an architecture firm and freelances as well as doing her own art photography.

Erwin Rummel was a nuclear engineer who came to painting later in life. About 15 years ago, he quit Atomic Energy Canada to allow more time off to attend his painting classes at the Avenue Road Arts School. He furthered his studies both in Toronto and Santa Monica, California. He became a prolific painter who built himself an art studio on his farm property. Erwin participated in almost twenty art shows, including a couple of solo exhibits.
In 2016, a memorial service was held at the School for Rummel, arranged by his wife Erika. The memorial was a beautiful recognition of his life, and a number of his paintings were donated and auctioned, with proceeds going towards the School’s partner the Arts Access Fund.

Ann Wilson, a long-time student at the School, worked as a public policy lawyer with the provincial government. She took a year off several years ago, fully intending to return to work at the end of her sabbatical. During that year she discovered that she enjoyed painting more than she could have imagined. She never went back and is now a successful working artist. www.annwilsonstudio.com

Alan Banack, a practicing physician, decided to pursue a new hobby, in addition to other non-work interests, such as music and woodworking. He wanted to further develop and enhance his creative side. After exploring different possibilities, photography seemed to strike a chord with him. He started taking courses at the Avenue Road Arts School and within a very short time he says that he became addicted! He began to view his environment through his camera’s lens and was astounded by the beauty he saw everywhere. He started to see the world in a new way.

Athanasia Susie Colomvakos was in awe of the artistic talents of others, but never thought that art was something she could do herself. In 2004, while under going cancer treatments, she decided she would challenge herself by trying to learn to paint. She found the Arts School online and enrolled in her first class. The minute she put that paintbrush in her hand, she knew she had found her passion. Through the exceptionally talented Arts School faculty she has developed the essential foundations of her painting practice. She is now a full time artist with a studio in her home. www.susiecolomvakos.com

Members of the Broadway Showtunes Class

Ten participants in the Broadway showtunes class have been attending the same class for at least fifteen years. Some are recently retired from medicine, business, accounting, hospital administration and banking – one is still a professor at McMaster. They all look forward to the Monday night class- especially the camaraderie and fun that they enjoy every week. They are counting on belting out showtunes with their classmates for the next fifteen years – at least!